Gregology.net was launched the same year as Facebook. In the last 11 years, both sites have risen in popularity. In some ways, Facebook has seen more success than Gregology. Even though Facebook never gained the top spot on Google for “penis euphemism” searches, it gained popularity for archiving Reddit posts. At the time of writing this, Facebook actually has more page hits per day than Gregology.

Today Gregology migrated from Wordpress to Jekyll hosted on Github Pages. In a similar way to the original version of Gregology, Jekyll generates static html files. The new site uses disqus for comments, youtube for videos, and flickr for image galleries.

The new design is minimalist and designed to be both responsive and touch friendly. Let me know what you think. 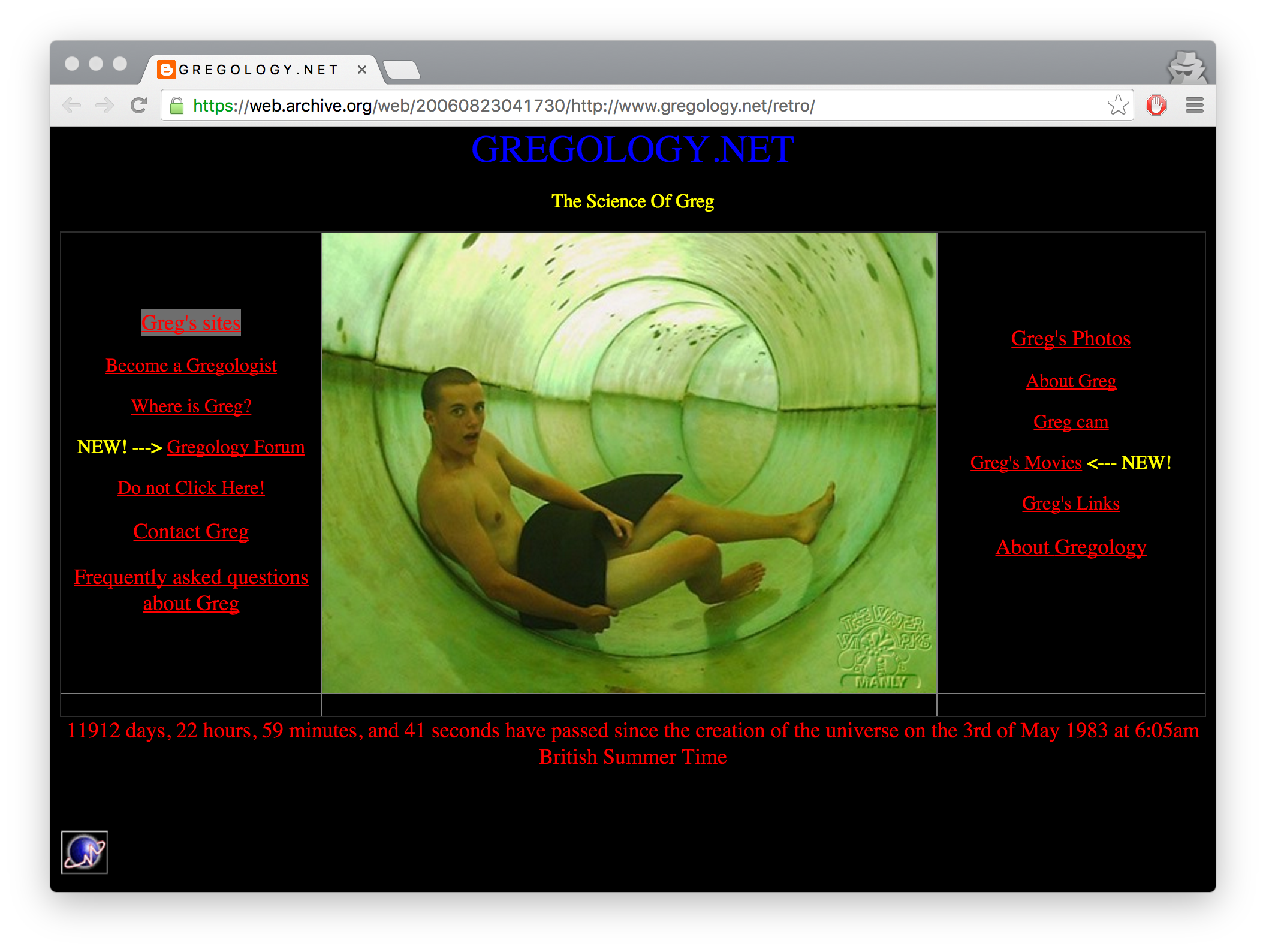 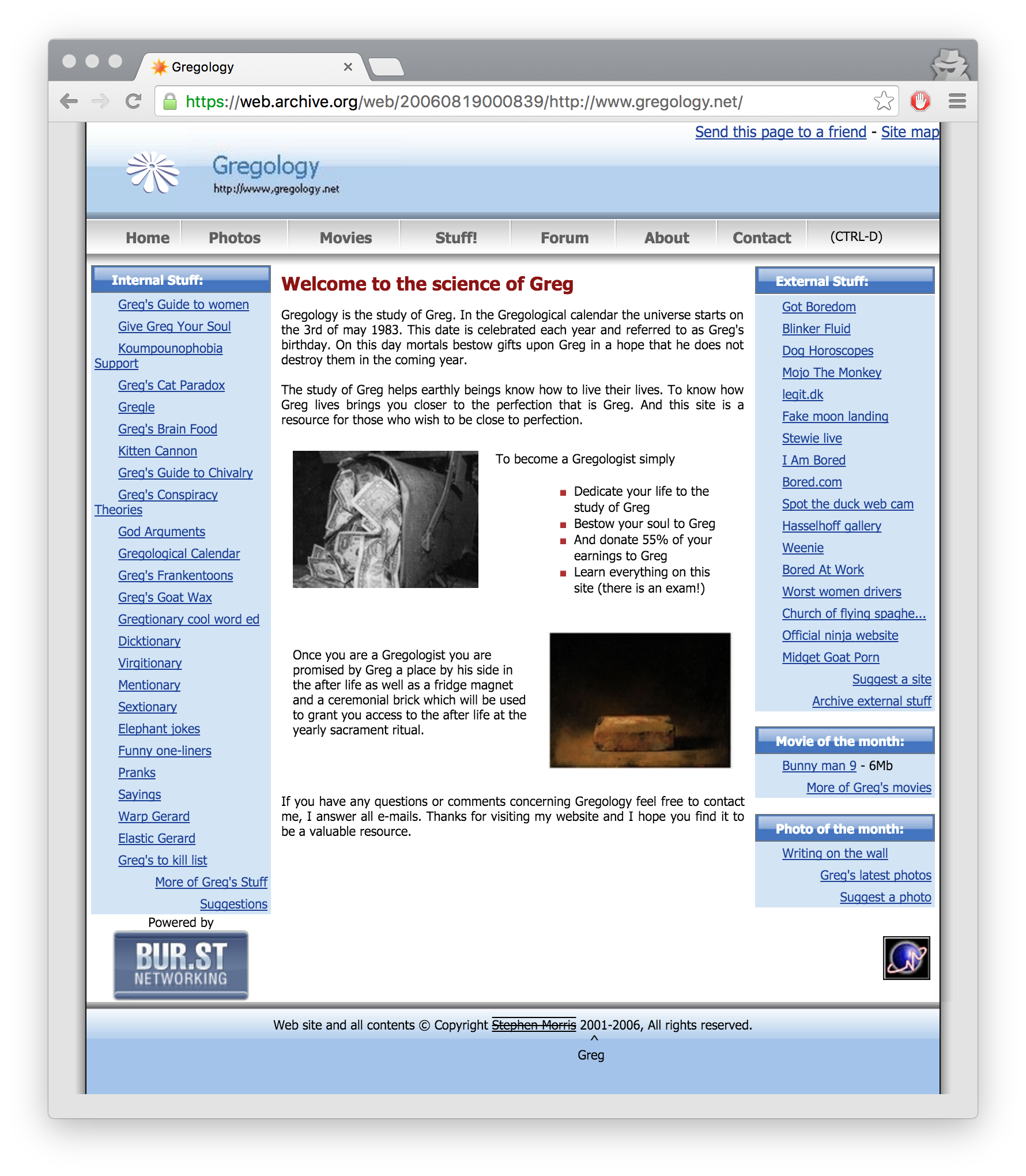 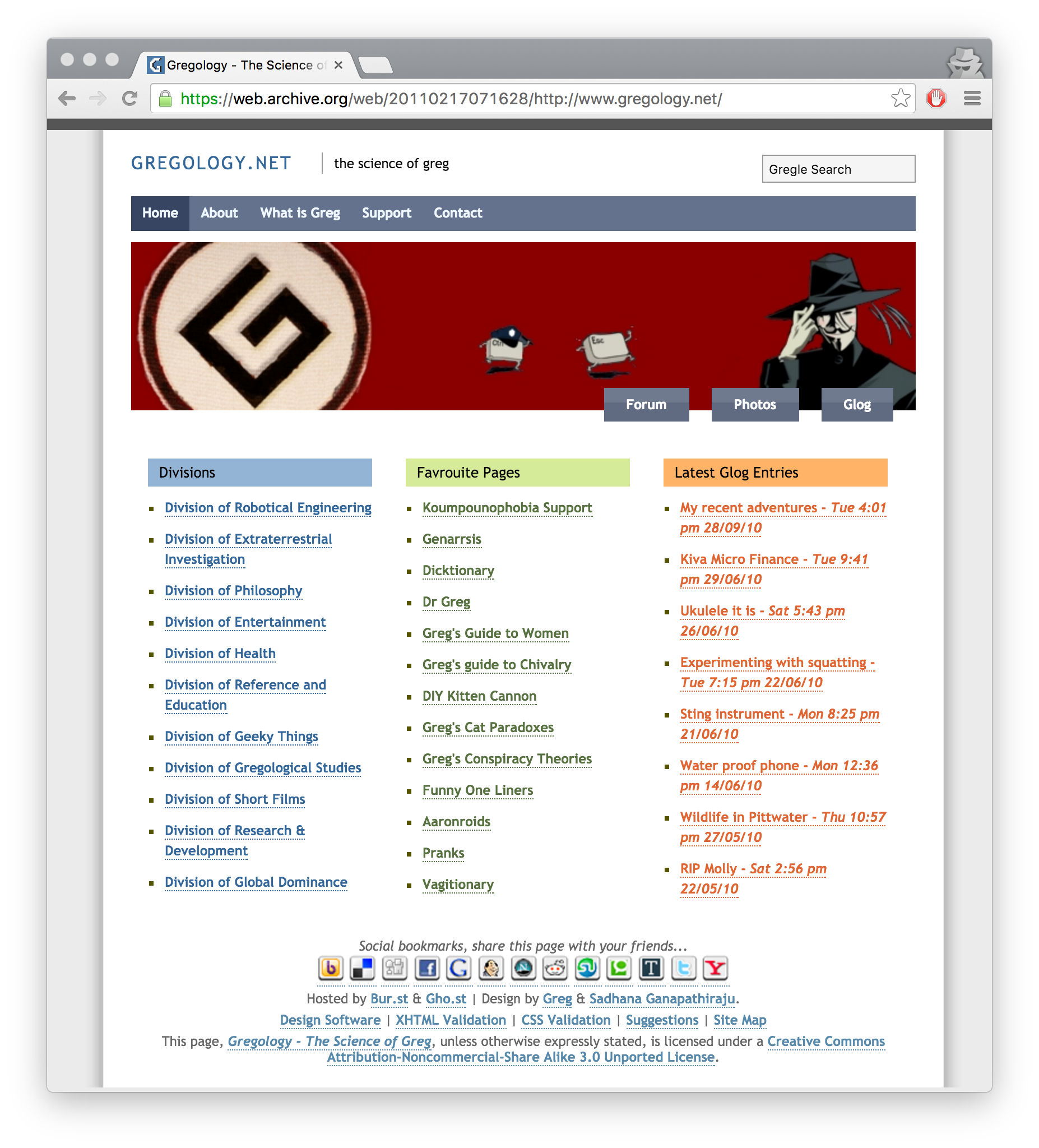 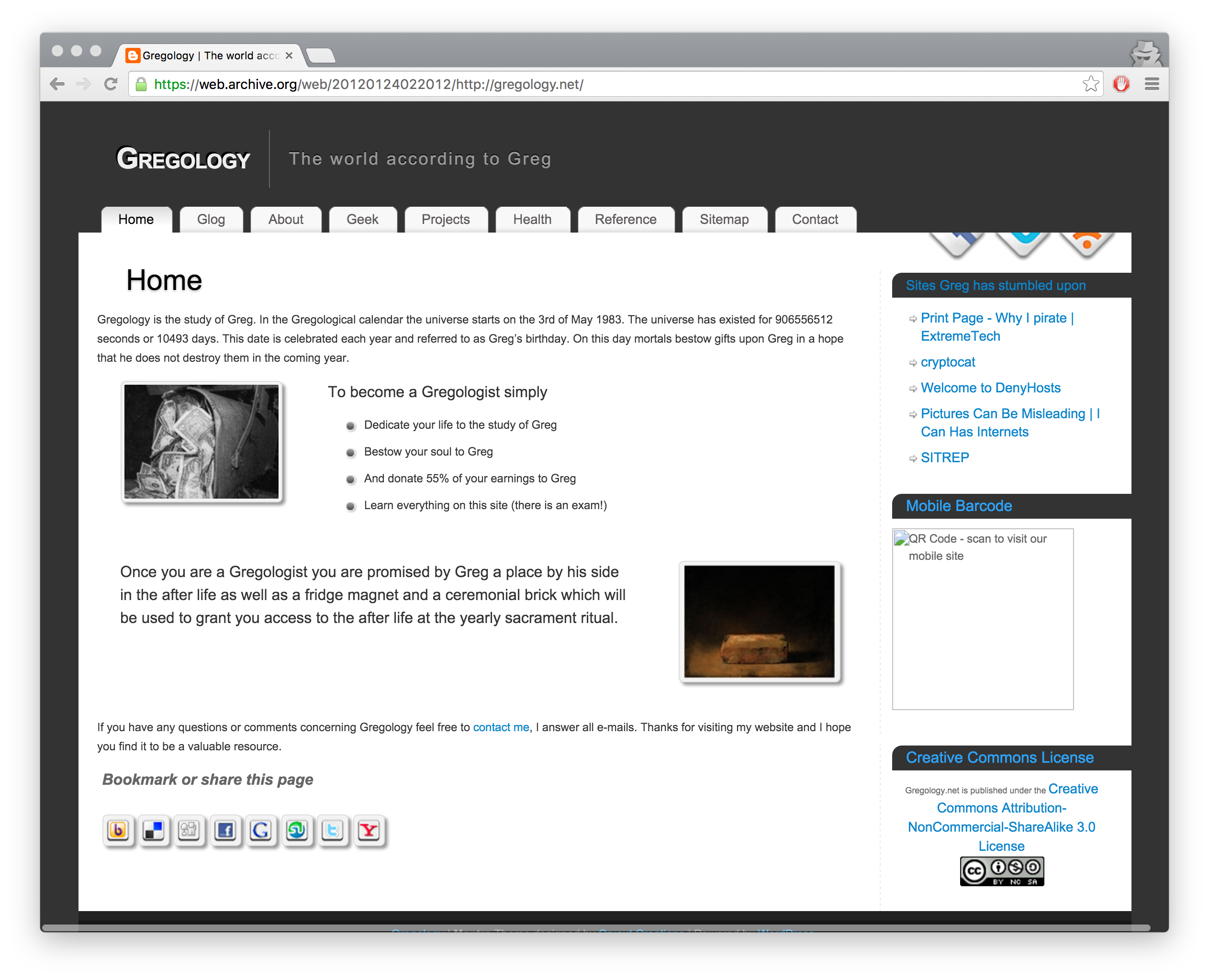 Migrated to Wordpress using embedded php for anything fancy. 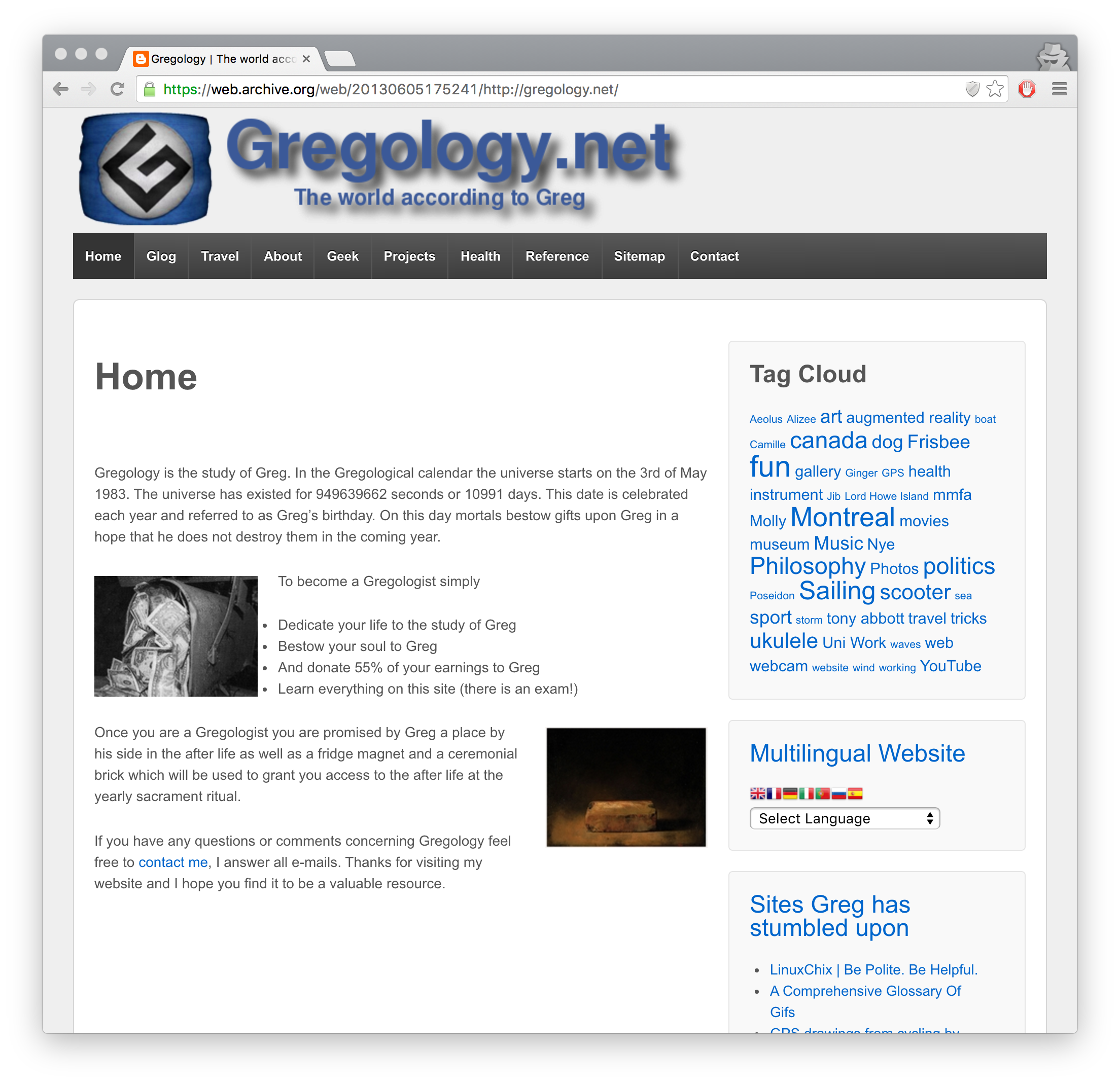 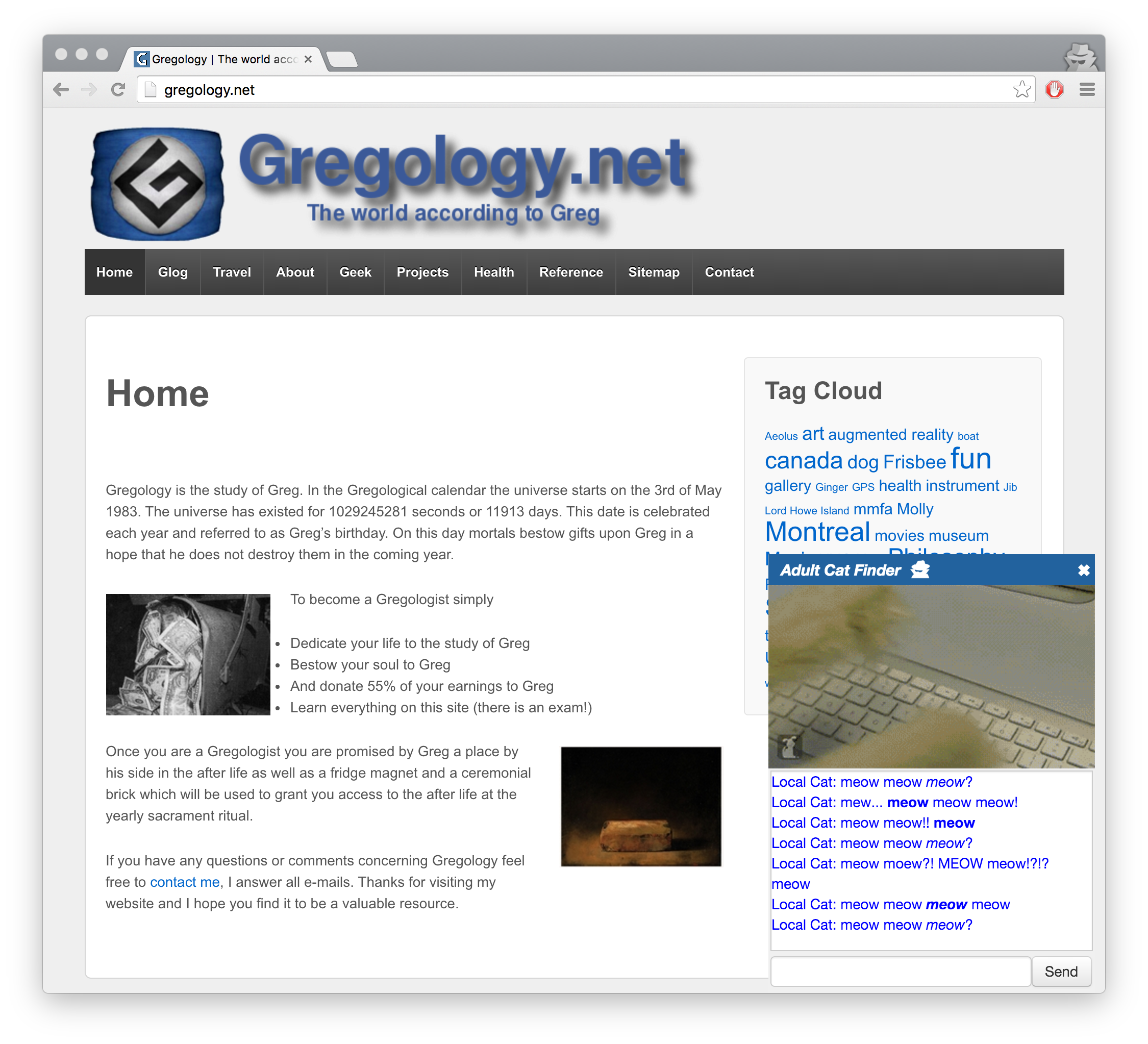 Current iteration just prior to the latest migration, including live cat chat.