Chivalry refers to the medieval institution of knightly virtues, of honour, and of courtly love. A noble man followed an unwritten code of chivalry toward noble ladies above all, the knight was to be gracious and gentle. The idealized relationship between knight and lady was that of honourable and virtuous courtly love. 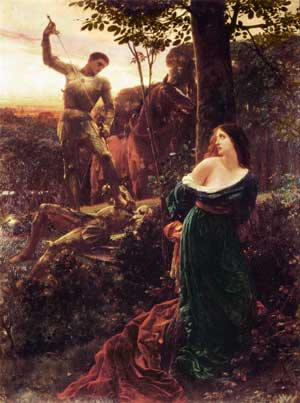 Chivalry was disciplined by a code of conduct that was clearly understood although it was never clearly formulated. Examination now, in retrospect, allows it to be reduced to this series of commandments.