Admiral Elon Musk with his fleet of companies will de-urbanize Canada. Cities are great at storing people. Utilities, transport, & infrastructure are efficiently centralized. However Canadian cities are ripe for disruption.

People need electricity, internet, & water to live comfortably. These utilities are easily accessible in cities. Elon Musk is solving two of those problems in a distributed way, electricity & internet. Distributed water in the form of well water is already a solved problem in Canada.

SolarCity is a subsidiary of Tesla that specializes in solar energy services. Paired with Tesla’s battery technology, every house has the potential to be off the grid or grid positive. You only need enough solar panels to get you through winter solstice, the shortest day of the year. And while being north means short days in winter, most Canadians don’t live very far north. Parts of Canada are at the same latitude as Northern Greece and Toronto is at the same latitude as southern France. 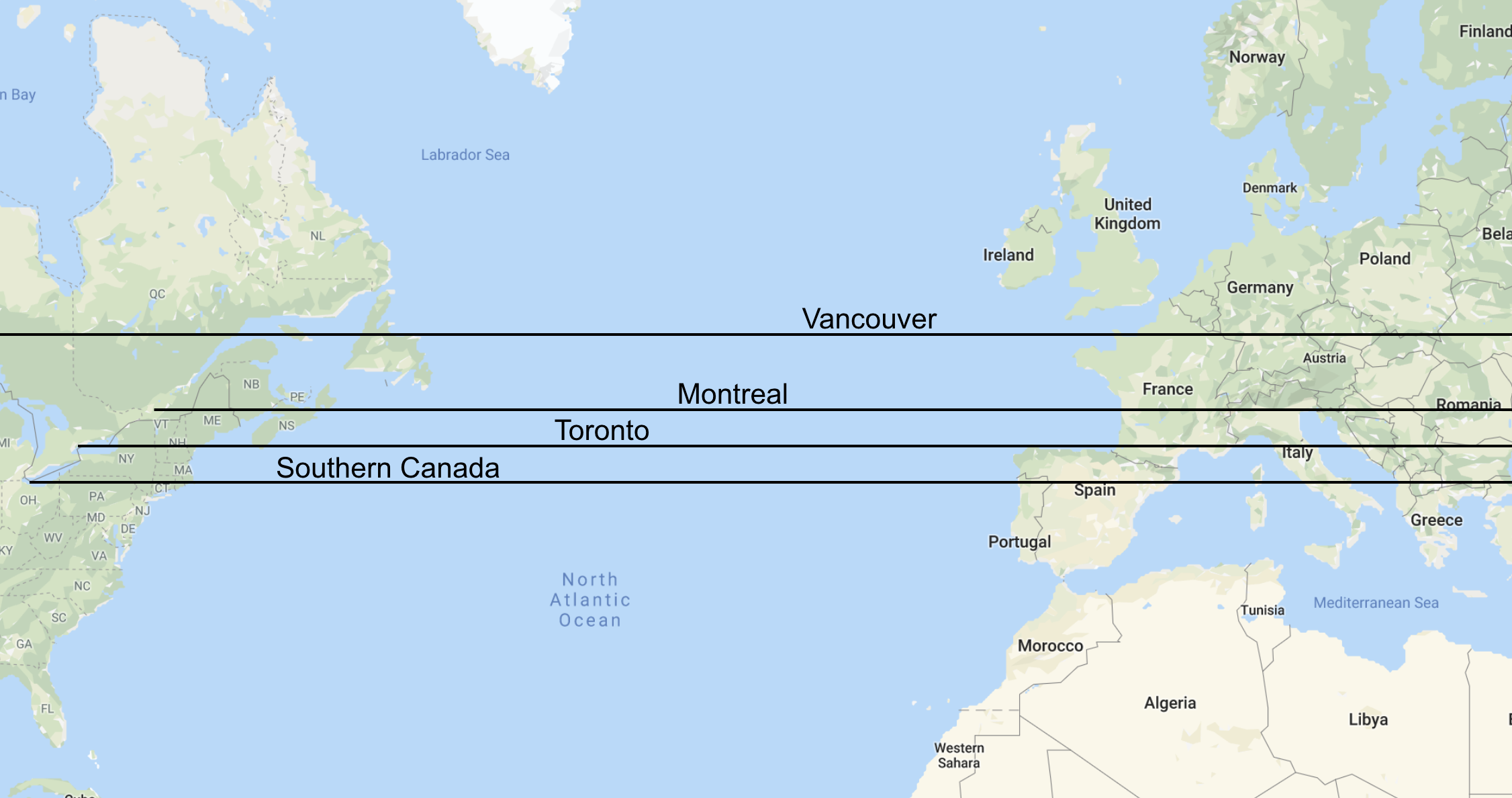 Starlink is a satellite constellation development project underway by Musk’s SpaceX company, to develop low-cost, high-performance internet connections. SpaceX plans to deploy nearly 12,000 satellites in three orbital shells by the mid-2020s. Satellites will initially have 20Gbps bandwidth with the ground and that will likely increase with new versions. The satellites will communicate with each other using lasers so the inter-satellite network will not be limited by their ground communication bandwidth. 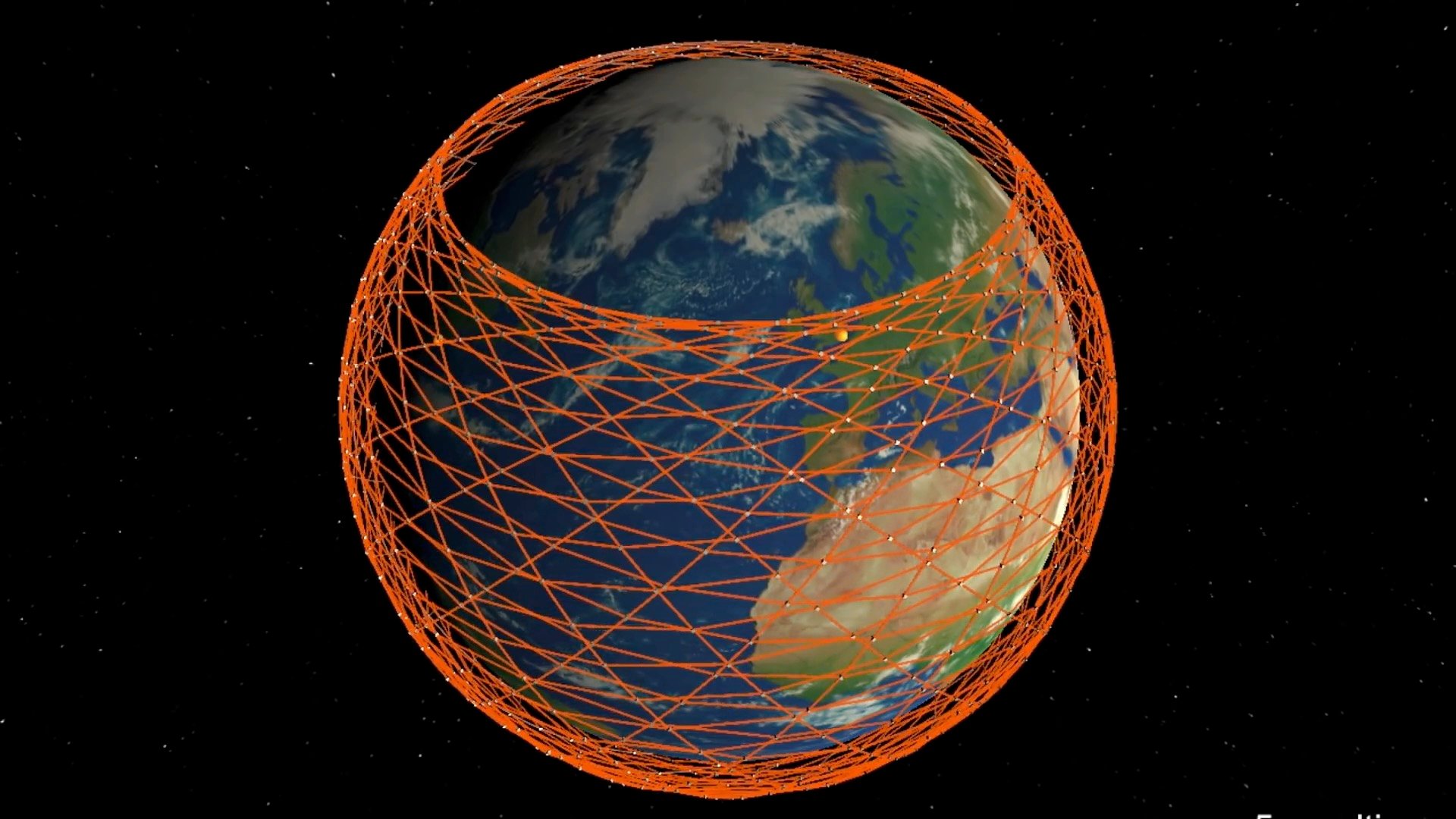 Again, Canada’s latitude and population density will make Starlink very attractive. Because of the nature of low earth orbits, Canada will have the same Starlink satellite density as Europe and a higher satellite density then Starlink’s likely largest customer, the United States. The bandwidth bottleneck is the satellite’s ground communication, lower population density will mean more bandwidth for each user. Canada will have high speed satellite internet covering the majority of the country and with speeds that increase as you move away from cities.

There has been very little increase in the speed of cars over the last 80 years. Cars have become much safer & efficient however the reaction time of the ape at the steering wheel has been the limiting factor for speed.

Tesla is leading the way in all-electric apelessly driven cars, AKA self driving cars. Self driving cars will be capable of much higher speeds while continuing to increase passenger safety. Self driving cars will also reduce traffic by self rerouting for congestion. Car trips that currently take 2 hours in peak hour traffic will be reduced to less than an hour once a critical mass of vehicles are self driving. Shorter travel times make distances less relevant when choosing where to live. A house in the country will be effectively as close to downtown Toronto as much of the current urban sprawl.

Tesla isn’t just interested in moving people. Tesla Semi, an all-electric semi-trailer truck, will have a range of 800km and come standard with Tesla Autopilot. Self driving trucks will bring the services of the city to the country.

The Boring Company is an infrastructure and tunnel construction company founded by Elon Musk in early 2017. According to Musk, the company’s goal is to enhance tunneling speed enough such that establishing a tunnel network is financially feasible. Tunnels specifically built for electric vehicles have reduced size and complexity, and thus decreased cost.

“The insight I think that’s so powerful is that if you only envision electric vehicles in your tunnels you don’t need to do the air handling for all carbon monoxide, carbon dioxide, you know, basically pollutants for exhaust.”

Canadian winters are hard on road infrastructure. If Musk can make tunnel boring cheap enough, it may be a cost effective way of building new roads in Canada.

*When compared to the average canadian property value

Full disclosure, I’m a techno optimist. I believe that if Elon Musk doesn’t solve these problems, someone else will.

I initially made this prediction in 2017 in my Codex Vitae.